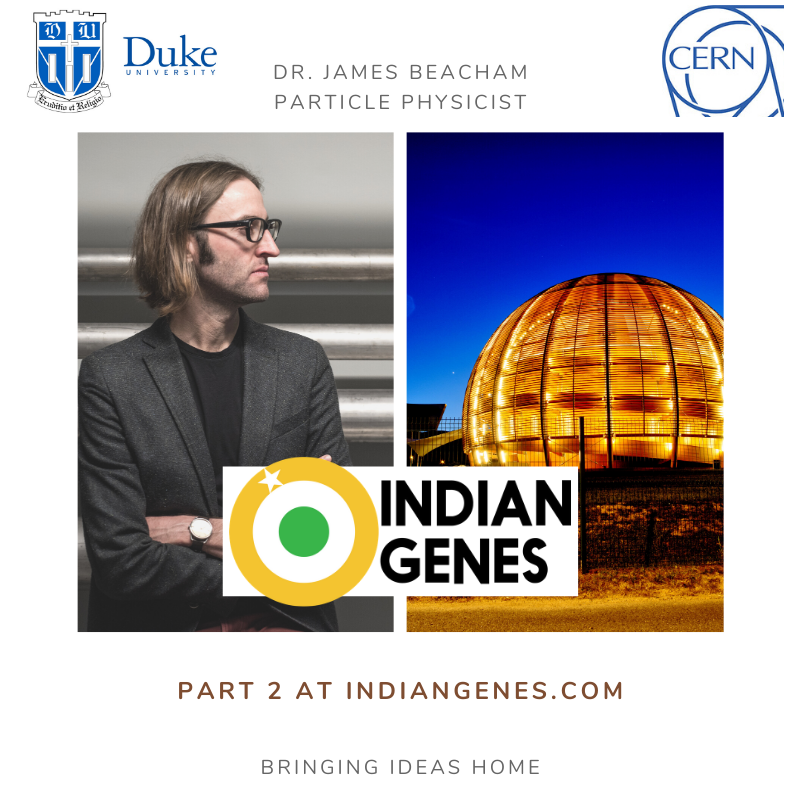 Dr. James Beacham searches for answers to the biggest open questions of physics using the largest experiment ever, the Large Hadron Collider at CERN. He hunts for dark matter, gravitons, quantum black holes, and dark photons as a member of the ATLAS collaboration, one of the teams that discovered the Higgs boson in 2012. In addition to his research, he is a frequent speaker at popular sci/tech/art events around the world, including the American Museum of Natural History, the Royal Institution, SXSW, and the BBC. His talk, “How we explore unanswered questions in physics”, was featured on TED.com and has been viewed more than 1.5 million times. He contributes to podcasts, radio shows, and documentaries, and has been featured in The New York Times, Wired, and Gizmodo, among others. Beacham trained as a filmmaker before becoming a physicist and regularly collaborates with artists. In 2015 he launched Ex/Noise/CERN, a project exploring the connections between particle physics and experimental music and film.

Indian Genes talks to James Beacham about the latest discoveries into the very beginning of the universe, our quest into the subatomic world and quantum physics. We also discuss how we could approach particle physics to create a future that is beneficial to all humans, answering questions that still lay hidden from our experiences.