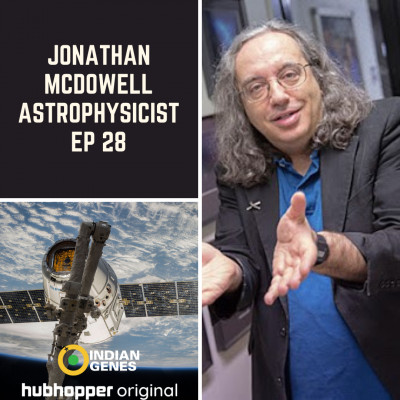 Jonathan is an astrophysicist at the Harvard-Smithsonian Center for Astrophysics. He is a staff member at the Chandra X-ray Center. McDowell is the author and editor of Jonathan’s Space Report, an e-mail-distributed newsletter documenting satellite launches.

McDowell has a BA in Mathematics (1981) from Churchill College and a PhD in Astrophysics (1986) from the Institute of Astronomy, both at the University of Cambridge, England. After high school, McDowell worked for six months at the Royal Observatory, Greenwich and held a summer job at the Royal Observatory, Edinburgh before he began his PhD studies. His first post-doctoral position was at Jodrell Bank followed by another at the Harvard-Smithsonian Center for Astrophysics in Cambridge, Massachusetts. McDowell then moved to Huntsville, Alabama, where he spent a year at NASA’s Marshall Space Flight Center. In 1992, McDowell returned to Cambridge, Massachusetts, and currently works there as a staff member at the Chandra X-ray Center.