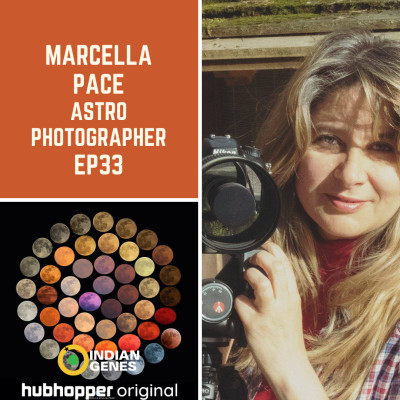 Marcella’s interest in astronomy and atmospheric optical phenomena (photometeors) over time led her to create a scientific dissemination site (www.greenflash.photo) with about 1000 photometeor images and videos, even rare ones, observed throughout Italy and above all on the Iblei mountains (Rg) and on the Dolomites in Cadore, landscapes chosen for the great diversity of orographic, climatic and day and night luminosity, as well as for their position at the two extreme latitudes of Italy. In 2011 he received from the Minister of Public Administration the national prize for innovation in teaching in schools “Innovascuola”. In 2015, his photo “Moon and Antelao” is included in the Shortlist of the Royal Museum of Greenwich photo competition “Astronomy Photographer of the Year”, which selects the best astrophotography of the year from all over the world. The photo was then also published in the volume “Astronomy Photographer of the Year 2015” published by the Royal Observatory of Greenwich in collaboration with the BBC, the photographic site Flickr and the Collins publishing house and exhibited inside the Astronomical Observatory of Greenwich.

The same photo will become the December image of the 2017 Greenwich Astronomical Observatory calendar. In 2016 he exhibited his photos in a personal exhibition in San Vito di Cadore (Bl), with more than 100 photos of atmospheric optical phenomena from all over Italy. The event was the first exhibition in Italy complete with video dedicated to photometeors. The work of dissemination through video and photography continues in the following years and many of his images are published by the major national astronomy magazines (Colelum Astronomia, Nuovo Orione and Le Stelle, Focus) and internationally (Astronomy Now, Sky and Telescope) as well as by websites of primary scientific importance such as those of Spaceweather, USRA and NASA. In 2016, he documents the visibility of the Maltese archipelago from the province of Ragusa and his images and his videos are broadcast by the Maltese national TV which, in the interview, define his works as the first shots of the Maltese archipelago by the iblei. Since 2017 he has been a member of the board of directors of CISA (Centro Ibleo Studi Astronomici), UAI delegation (Unione Astrofili Italiani) for the province of Ragusa, which aims to actively promote astronomy in the province of Ragusa, contributing with conferences on atmospheric optics. In September 2018, NASA publishes an image of him that captures the Moon setting next to the active crater south-east of Etna. In 2019 the national magazine “Nuovo Orione” publishes the calendar with its images: 12 photos that tell the sky of the Dolomites and the Iblei. For the summer solstice of 2019, NASA publishes his work on the solar Analemma, a work selected for its didactic value and for the singularity in creating an “Analemma at sunset”.On May 31, 2020, his photos of the Green Ray taken on the Sun, Moon and planets, become NASA ‘s photo of the dayIn the summer of 2020 he sets up two twin exhibitions, in northern and southern Italy, between the municipality of Isnello (PA) and San Vito di Cadore (Bl) On September 26, 2020, his photo Moon Pairs and the Synodic Month ” becomes NASA ‘s photo of the dayOn November 11, 2020, his “Colors of the Moon” photo becomes NASA ‘s photo of the dayOn October 16, 2021, on the occasion of the “International Observe the Moon Night 2021”, NASA chooses its photographic work, created in collaboration with Gianni Sarcone, “ Moona Lisa ” as the astronomical photo of the day.Collaborate on the 2021 calendar of “ Severe Weather Europe” for the month of February  For professional deformation, he always combines his passion for photometeors with his profession, focusing his works on the didactic, informative and originality value, trying to grasp what has never been produced yet, simplifying to make it affordable for everyone.Component of the Pictores Caeli is a group of astrophotographers born to share ideas and suggestions on astrophotography. The goal is the union of mutual technical and artistic skills to develop high quality images, certified by a shared brand.The purpose of  Pictores Caeli is to restore the sense of wonder that one feels at the moment of observation and shooting, narrating sidereal events, contrasts between architectural and natural elements, and stimulating suggestions that go beyond phenomenal objectivity through the photographic medium.Although a lens and an observation point determine an interpretation of reality,  Pictores Caeli follows a shared protocol in order not to alter the scientific data, using and experimenting with the best shooting and post-production techniques.Photography for  Pictores Caeli is conceived as an art form, and represents a moment of contemplation, growth, knowledge, research, experimentation and sharing.