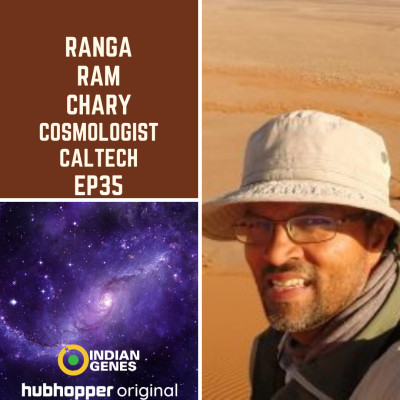 Ranga Ram Chary is an observational cosmologist working in the fields of reionization, galaxy evolution, cluster cosmology and cosmic backgrounds. His group is active in science with Planck, Euclid, Herschel and the Spitzer Space Telescope in addition to a range of ground-based astronomical observation facilities such as Palomar, Keck, CSO, CARMA and ALMA. We are also involved in developing the next generation of small explorer missions in collaboration with JPL.    Specifically, measuring the properties of star-forming galaxies out to the highest redshifts, and in conjunction with studies of gamma-ray burst number densities and Type Ia supernovae, attempting to understand fundamental properties of galaxies, such as how they grow their stellar mass and metallicity, what is the stellar mass function therein, when does dust begin to play a significant role in their energetics and what fuels the star-formation as a function of cosmic time. Using these measurements to provide, among other things, better constraints on the reionization history of the Universe between redshifts of 6 and 20 (the first billion years of time), which is arguably the most important astrophysical event since the Big Bang.    THe team is also using objects at the extreme end of the dark matter mass function, i.e. galaxy clusters, as a probe of the structure of the Universe. By measuring cluster masses over the last half of cosmic time (z<1) using galaxy dynamics and the Sunyaev-Zeldovich effect, we can constrain the equation of state of dark energy and non-Gaussianity in the primordial density fluctuation field, two quantities which are parametric representations of the evolution of our Universe. Most recent efforts have measured spectral anomalies at the 10 parts per million in the cosmic microwave background to observationally constrain the existence of alternate universes with physical properties different than our own.    Of late, the team has developed a mission concept to identify the electromagnetic counterparts of gravitational wave events that are being detected by Advanced LIGO and Virgo.   Between 2010 and close-out in 2018,he served as the Project Scientist and Project Manager of the U.S. Planck Data Center at Caltech and since 2013, he has been the P.I. of one of the 3 U.S. Science Teams on Euclid.