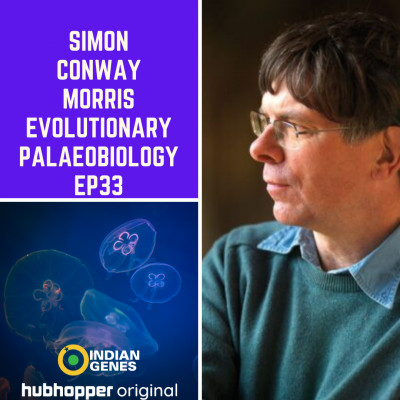 Simon Conway Morris is an English paleontologist, evolutionary biologist, and astrobiologist known for his study of the fossils of the Burgess Shale and the Cambrian explosion. The results of these discoveries were celebrated in Stephen Jay Gould’s 1989 book Wonderful Life. Conway Morris’s own book on the subject, The Crucible of Creation (1998), however, is critical of Gould’s presentation and interpretation. He has held the Chair of Evolutionary Paleobiology in the Department of Earth Sciences, University of Cambridge since 1995.Simon Conway Morris speaks exclusively to Indian Genes! In his new book From Extraterrestrials to Humans, he cheerfully challenges six assumptions—what he calls ‘myths’—that too often pass as unquestioned truths amongst the evolutionary orthodox.