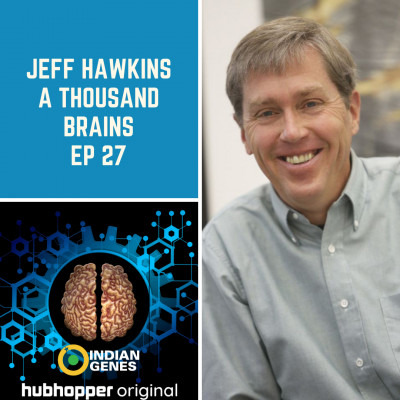 Jeffrey Hawkins speaks exclusively to Indian Genes, he is the American founder of Palm Computing and Handspring where he invented the PalmPilot and Treo, respectively. He has since turned to work on neuroscience full-time, founding the Redwood Center for Theoretical Neuroscience (formerly the Redwood Neuroscience Institute) in 2002 and Numenta in 2005. Hawkins is currently Chief Scientist at Numenta, where he leads a team in efforts to reverse-engineer the neocortex and enable machine intelligence technology based on brain theory. Hawkins is the author of On Intelligence which explains his memory-prediction framework theory of the brain. In March 2021, he released his second book, A Thousand Brains: A New Theory of Intelligence, which details the discoveries he and the Numenta team made that led to the Thousand Brains Theory of Intelligence.