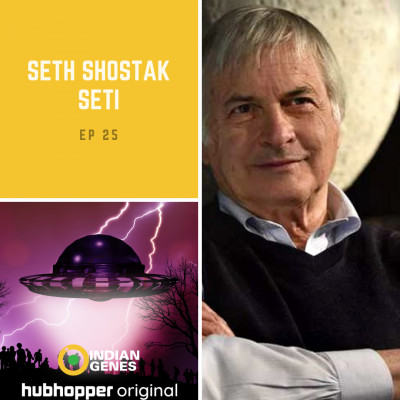 Seth Shostak from SETI speaks exclusively to Indian Genes in this very engaging episode. Seth claims to have developed an interest in extraterrestrial life at the tender age of ten, when he first picked up a book about the Solar System. This innocent beginning eventually led to a degree in radio astronomy, and now, as Senior Astronomer, Seth is an enthusiastic participant in the Institute’s SETI observing programs. In addition, Seth is keen on outreach activities: interesting the public – and especially young people – in science in general, and astrobiology in particular. He’s co-authored a college textbook on astrobiology, and has written three trade books on SETI. In addition, he’s published more than 400 popular articles on science including regular contributions to NBC News MACH, gives many dozens of talks annually, and is the host of the SETI Institute’s weekly science radio show, “Big Picture Science.”